Are you going to fly from Sydney to London this year? Made plans to see all the attractions, and to dine at the world’s finest restaurants? But you are missing something… because a trip to London is NOT complete without checking out its great selection of museums! So, here is a list of must visit Museums in London, some of them are free while some are not- but make sure to pick one or two from the list for your itinerary. 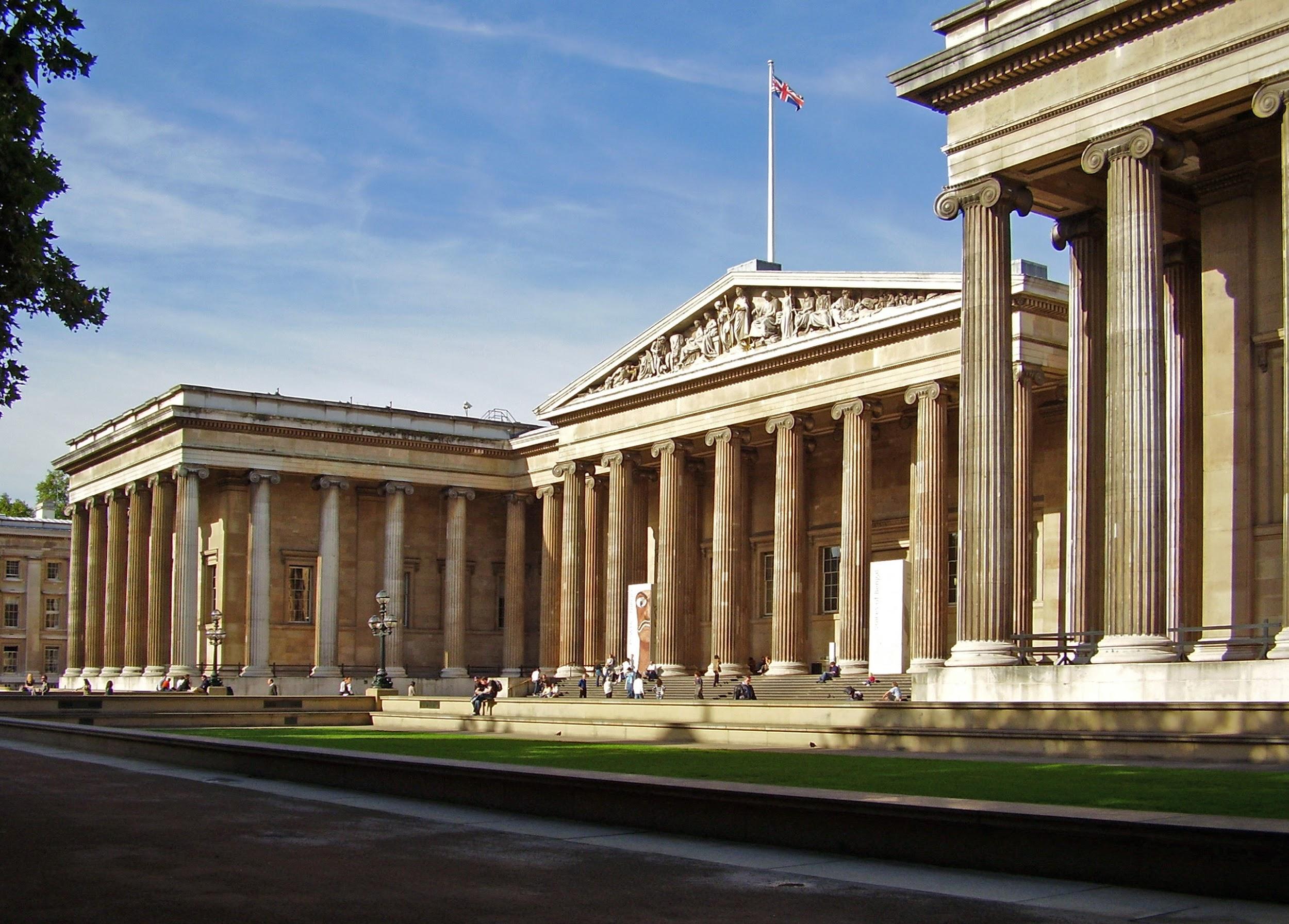 The British Museum in London was established about 267 years ago, just with a small collection from an Irish scientist named Sir Hans Sloane. It was the first national museum in the world to be opened to the general public. There is no entrance fee, but a small fee may be applicable for some exhibitions inside the museum. The British Museum has more than 8 million artworks belonging to various cultures in 94 different galleries. Out of them 60 galleries are free galleries. It is also separated into several departments for the convenience of its visitors as Egypt & Sudan, Greece & Rome, Middle East, Paints and drawing, British Europe & pre-history, Asia, Africa Oceania & Americans, Conservation & Scientific Research. The main staircase and the reading room will surely draw your attraction. Don’t forget to check out the cerulean ceiling of the Great Court, the Rosetta Stone, Egyptian Mummies, the Lewis Chessmen and the Parthenon sculptures! At least 3 days are required to explore the whole museum, which opens from 10:00 AM to 06:00 PM.

The Victoria and Albert Museum which is commonly known as the V&A, is known to be the world’s largest museum of decorative arts, applied arts, design and sculpture. It was named after Queen Victoria and Prince Albert of England after the establishment in 1852. The V&A museum houses a permanent collection of more than 2 million exhibits since the last 168 years. The exhibits are distributed in 145 galleries and in four departments- Asia, Furniture Textiles and Fashion, Sculpture Metalwork Ceramics & Glass and Word & Image. The Fashion gallery is very interesting because it displays the evolution of apparel and jewelries up to now. The diamond dress ornaments, bracelet clasps and the Beauharnais emerald necklace are breathtaking. Don’t forget to check out the Christian Dior: Designer of Dreams Exhibition and Cars: Accelerating the Modern World Exhibition! At least 2-3 days are required to explore the whole museum, which opens from 10:00 AM to 06:00 PM. 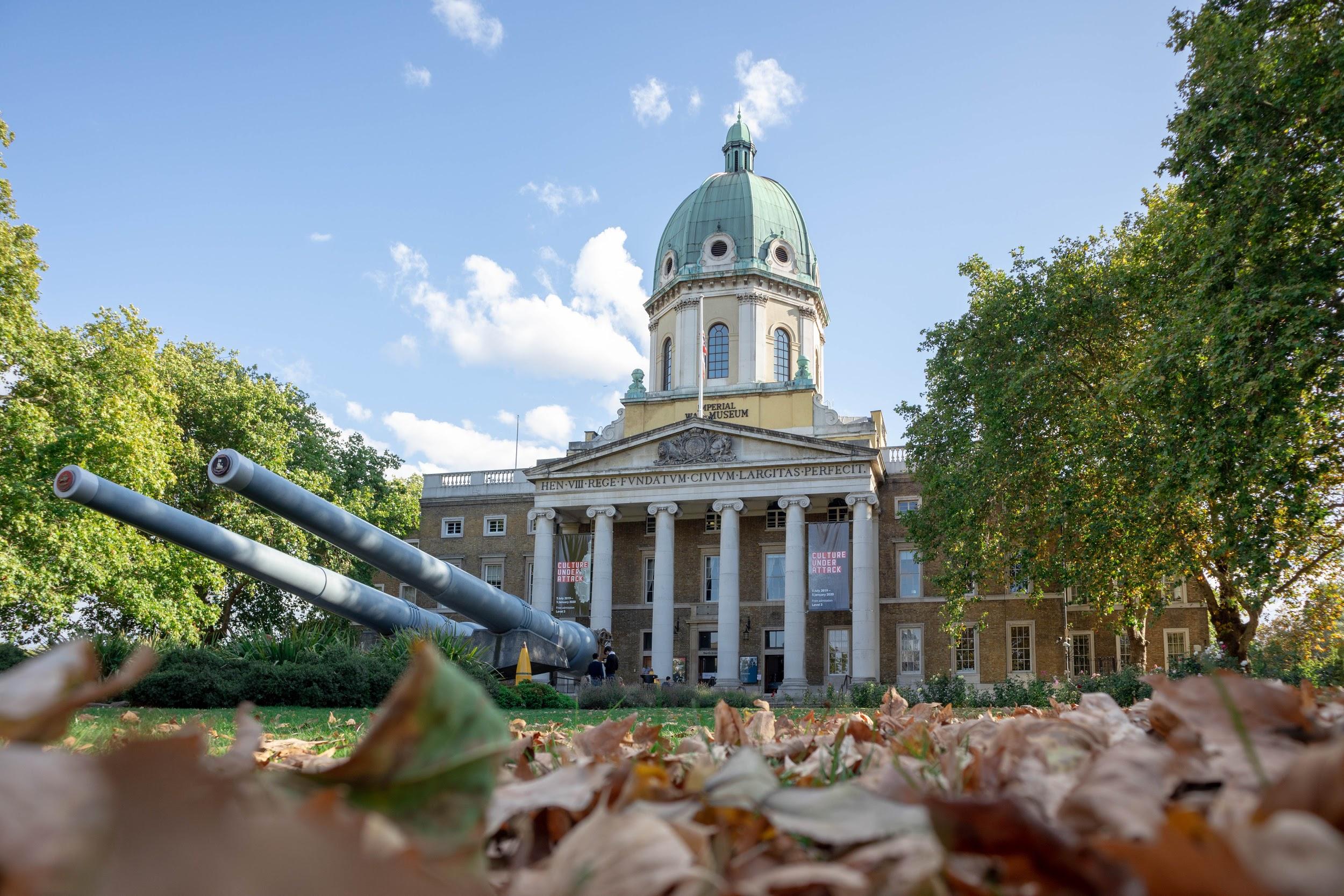 Imperial War Museum, which is commonly known as the IWM is a British national museum that recorded the military experiences in Britain during the First World War. Since its establishment in 1917, the museum has included all the conflicts that were faced by the British and Commonwealth forces since 1914. The aim of the IWM is “to provide for, and to encourage, the study and understanding of the history of modern war and wartime experience”. Exhibits displayed in the six floors including uniforms, weapons, vehicles, photographs, films and artworks narrates the stories of heroism and the cruelty of war. Check out the Holocaust exhibition, it will bring tears to your eyes and you will come out as a very different person, a more compassionate one. There is no entrance fee and the daily opening hours are from 10:00 AM to 6:00 PM. 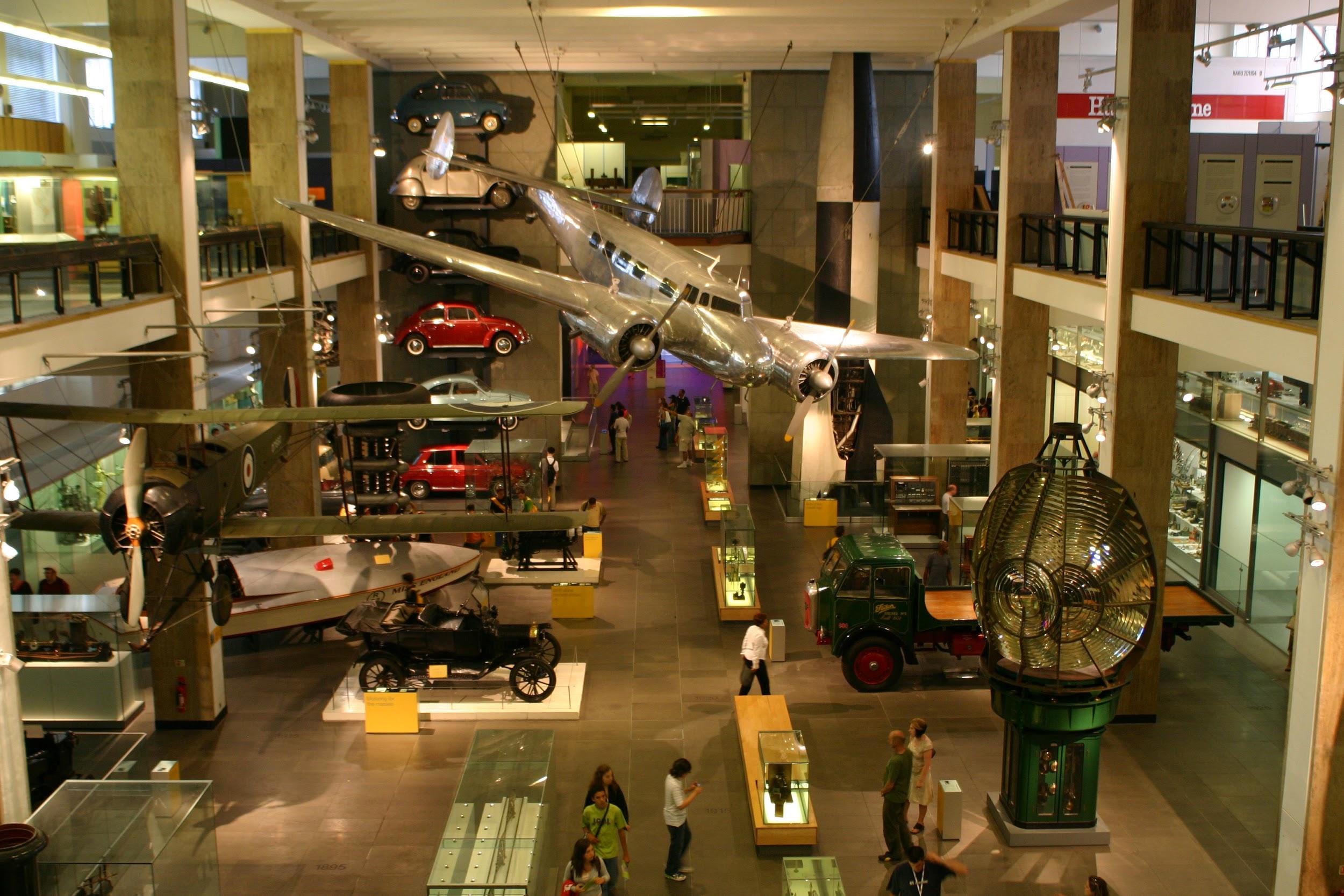 The Science Museum is one of the most visited museums in London, and it is located on the Exhibition Road adjacent to the Natural History Museum. The museum was established in 1857. Today, the Science Museum houses a collection of over 300,000 exhibits; the Apollo 10 command module, Stephenson’s Rocket, Puffing Billy, a reconstruction of Francis Crick and James Watson’s model of DNA are some of the most famous ones. Don’t forget to check out the Wonder Lab, Flight Gallery, Media Space and Medicine Galleries. You can also see scientific and nature documentaries that are shown in IMAX 3D Cinema! There is no entrance fee, you will need 4-5 hours to see the whole museum which is open from 10:00 AM to 6:00 PM daily. 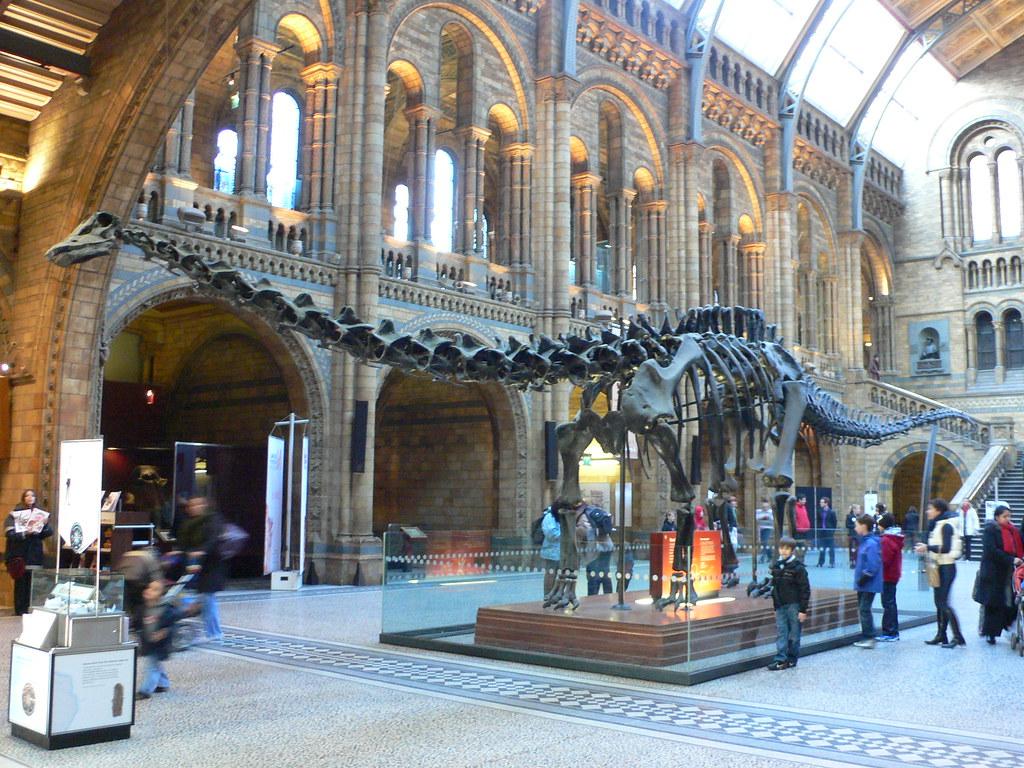 The Natural History Museum in London is a brilliant exploration site for natural history lovers! This museum is over 169 years old and it claims over 80 million specimens of earth/ life science from the prehistoric era up to now. The exhibits are divided into the five streams Botany, Entomology, Mineralogy, Paleontology and Zoology for your convenience. You will be able to get a very good educational experience about the evolution of life on the earth as it is a home for many dinosaur fossils. You will love the collection of specimens from Charles Darwin. Check out the Hope the 128-year-old blue whale hanging out from the ceiling and Archie the 8.62-metre-long squid taken alive with a fishing net near the Falkland Islands in 2004. 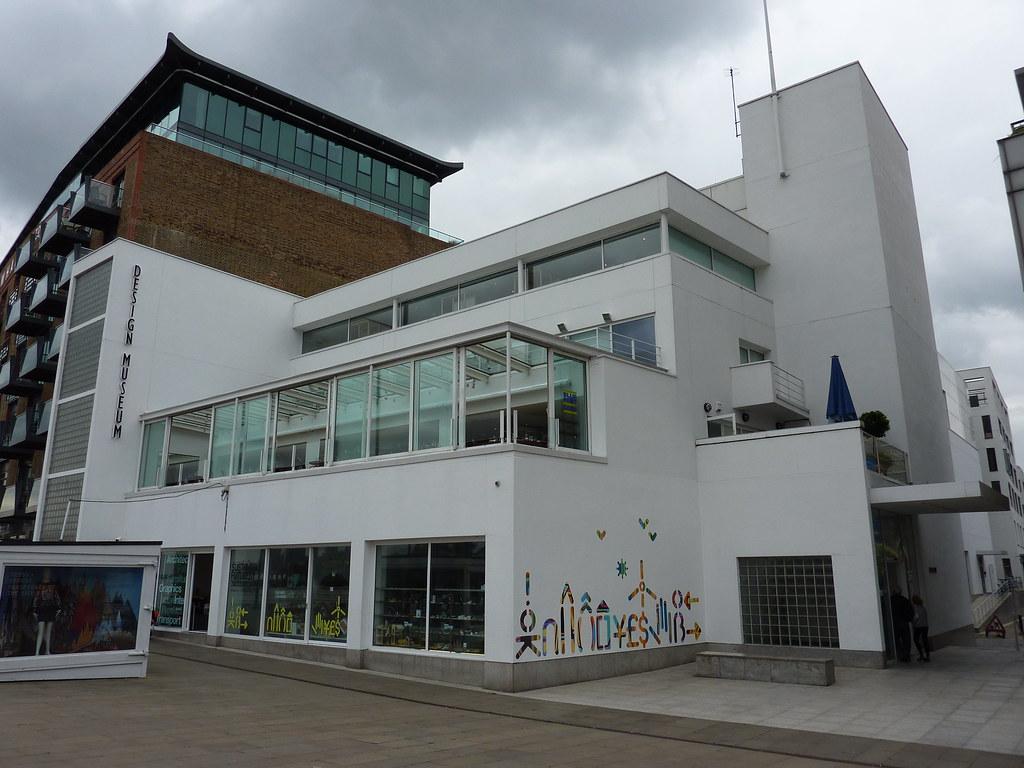 Though the Design Museum was established 31 years ago, it won the award “European Museum of the Year”, in 2018. The former housing place of this museum was a banana warehouse near Thames River but later by the donations from Sir Terence Conran this was shifted to a new location in Kensington. The Design Museum is an amazing place to understand the evolution and importance of design in everyday life. The top-floor houses a permanent display of exhibits while the ground floor has the largest gallery in the museum with temporary exhibitions. Check out the exhibitions – Electronic: From Kraftwerk to The Chemical Brothers, Moving to Mars, Sneakers Unboxed: Studio to Street, Prada. Front and Back and Beazley Designs of the Year 2020! At least 3-4 hours are required to explore the whole museum, which opens from 10:00 AM to 06:00 PM daily. 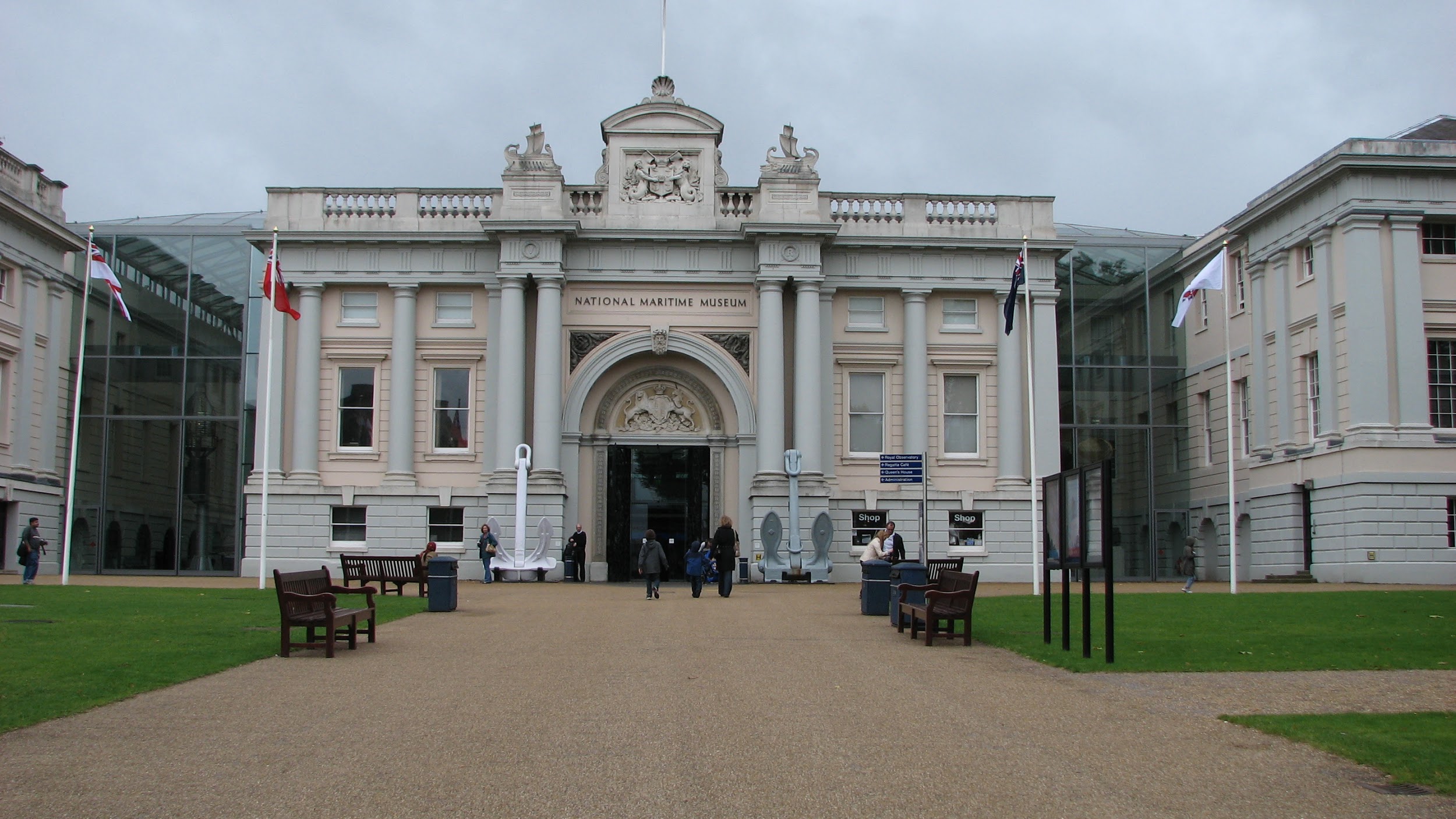 Constructed for the purpose of carrying tea from China in 1869. A ship which has been anchored in almost all the popular ports in the world is now resting with fame for being the fastest ship at that time. You will be able to meet the ship captain, and the most thrilling experience is walking on the deck. Remember early booking is required to sip a hot cup of tea on the Cutty Sark sailing ship.

Step on the historic prime median line that divides eastern and western hemispheres, which represents longitude 0 degree. This point is known as the Greenwich Meridian and the center of the world! Exploring the clocks and timepieces that changed the world will be interesting.

The world’s largest Maritime Museum comprises 14 galleries. The entrance is free. You can see the actual uniform worn by Admiral Nelson when he was dying. You can learn more about Britain’s naval explorations and livelihoods of Columbus as well as the lifestyles of ordinary fishermen in the National Maritime Museum.

One of the most impressive art galleries in London. Step into the Great Hall to see the beautiful marble floor that was laid in 1635 and the spectacular artwork in them. The self-supporting spiral staircase is another thing not to be missed in the Queen’s House art gallery.

Now, how are you going to book flights from Sydney to London? You can book tickets on this website through Cathay Pacific. Team Cathay Pacific’s mission is to make the most out of your travels…so this applies when you fly into London as well.