The wonderful city of Prague is the capital of the Chezh Republic. It was the residence of many prominent people such as writer Franz Kafka and psycho-analyst Sigmund Freud. The city is graced with a dash of bohemian atmosphere mixed with medieval Gothic architecture. The vibe of the city will surely make you feel like you’re in a fairy tale.

Prague is also known for being one of the top beer-making countries in Europe, so it doesn’t come as a surprise that many young beer lovers decide to host here their unforgettable bachelor parties! Apart from this Prague is a city of diversity, pleasant people and culture. So here is a list of things Prague has to offer.

View on Old Town Square in Prague at sunrise

The Old Town Square is by far the most visited place in Prague. Despite having a lively history of invasions this part of the town has relatively remained untouched since the 10th century. The Square is lined with beautiful buildings in Gothic and Baroque architectural styles.

For example, you will be able to admire the wonderful Gothic style Church of Our Lady before Tyn. This is definitely one of the most touristy places but it’s absolutely worth the occasional shoulder bumping. If you want to catch the view of the square, you can climb on top of the Old Town Hall Tower for the best panoramic experience.

One of the most popular buildings located here is the Prague Astronomical Clock or Orloj in Chezh. It was built in 1410 and is defined by intricate details and the position of many astronomical elements such as the Sun and the Moon. But the main reason why it attracts so many people is the hourly parade known as the Walk of the Apostles. It is a static puppet show that lasts only for a few minutes, so be sure to be there on time.

Don’t forget to take a stroll through the Charles Bridge which is a stone Gothic bridge that connects the Old Town with the Lesser Town. The building of the bridge began in 1357 under the Chezh king Charles IV. It was constructed by the famous Petr Parléř who also constructed St. Vitus Cathedral and the Prague Castle.

The bridge is graced by numerous statues which were placed in the 17th century. One of the most famous is of the St. John of Nepomuk who was a Chezh saint. It is said that rubbing the plaque of the statue will bring you luck and ensure your return to Prague. 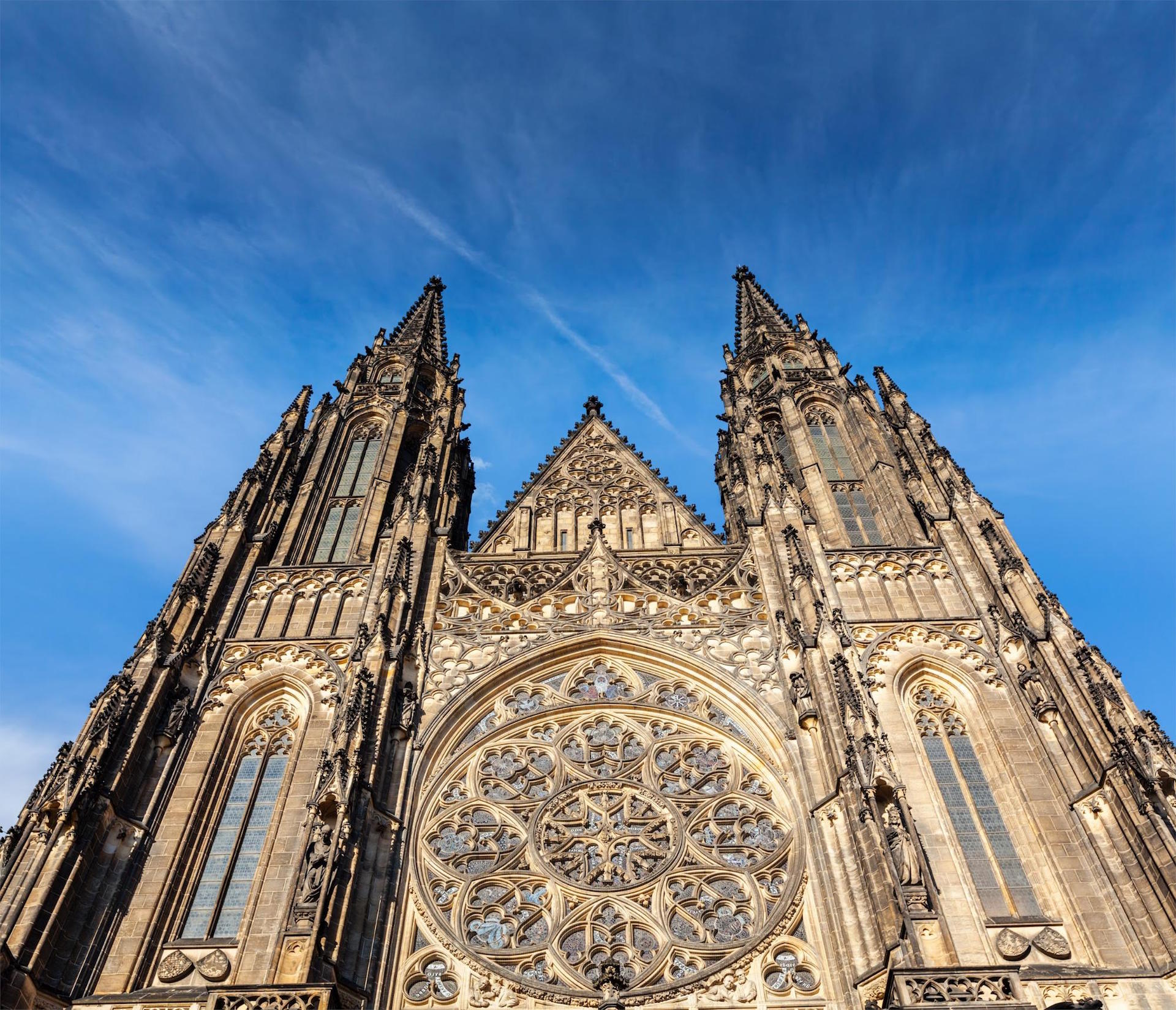 The Castle District is a majestic place full of historically important buildings. One of them is the Prague Castle-hence the district name. This breathtaking ancient castle has been the seat of Chezh rulers for centuries and today it serves as the official residence of the president.

It was founded around 870AD and was slowly build to a major complex. In the beginning, it consisted of one small church and as time went on the complex grew forming protective walls where many other buildings were constructed. The entrance fee for the Prague Castle is free but if you want to see the rest of the buildings you can buy a 2.5-hour full guided tour for around 13 Euros. This will provide you with the entrance to the St. Vitus Cathedral and the Golden Lane.

The construction of St. Vitus Cathedral began in 1344 but wasn’t completed until 1929! It is characterized by wonderful details only Gothic architecture can provide. This majestic place of worship is visible all around Prague but as mentioned before, if you want to enter it and marvel on the breathtaking interior you should consider purchasing a ticket. Here you will be able to experience many treasures like the tomb of St. John of Nepomuk, the Chapel of St. Wenceslas and the art nouveau stained glass.

The magical Golden Lane was the former residence, as the legend says, of many alchemists who conducted their crazy experiments here. Despite the name and legend, there is still some debate on whether they actually lived here. But one thing’s for certain, one of the most important writers of the 20th century Chezh-Jewish writer Franz Kafka lived on this street for around two years. It is said that he enjoyed the calm environment which helped him to write in peace.

These are the things you will only be able to see in Prague. One of the most unusual is a seven-foot golden statue of Sigmund Freud hanging from a building. He is located in the urban area of Stare Mesto within the Old Town. This statue has actually been responsible for several calls of emergency because some people thought someone was trying to commit suicide!

The Dancing house also is known as Fred and Ginger is located next to the Vltava River and was designed by Chezh architect Vlado Milunić. Believe it or not, this is actually an office building! There used to be an old house on the corner which was bombed and vacant for around 15 years until a Dutch insurance company purchased this lot and design what we know now as the Dancing house.

Franz Kafka was one of the most important writers of the 20th century. His works are considered classics by now. He wrote literary masterpieces like The Metamorphosis, The Trial and The Castle. He was born in Prague and as mentioned before lived in the Golden Lane for a while. Chezh artist David Cerny decided to make a statue in honor of this great Chezh-Jewish writer. The statue is a replica of 42 layers motorized twisting head of Kafka which is located outside the Quadrio shopping mall. 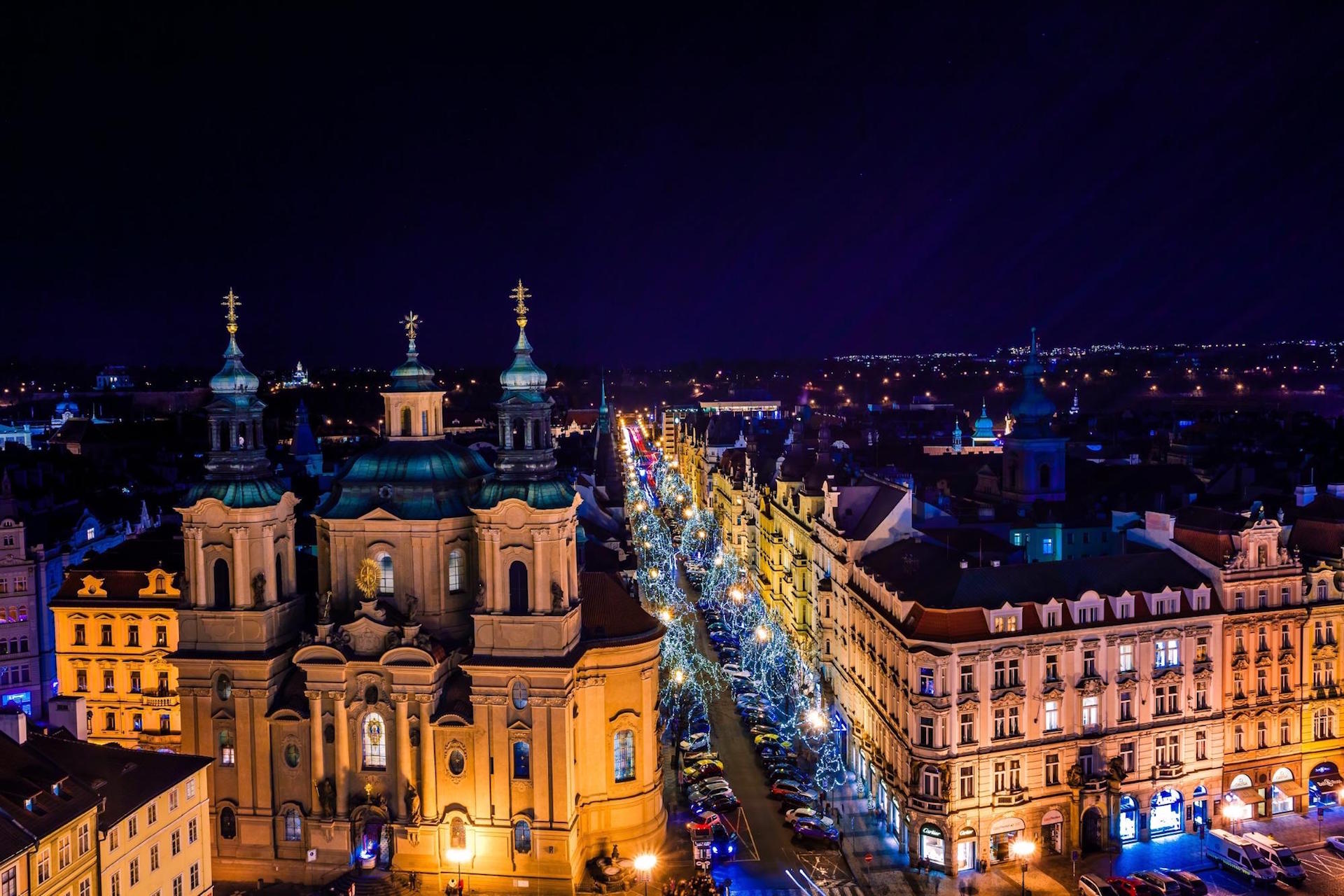 As it was mentioned in the beginning Prague has one of the most delicious beers in the world! There are many beer breweries from big commercial industries to small craft shops. Even people who are not a particular fan of the taste will find something to their liking. One of the most famous clubs in Prague is Chapeau Rouge. It is a favorite amongst the locals and tourists alike. It has several stories of bars and dancefloors. The music varies from live indie rock bands to techno, house and drum ‘n’ bass.

Roxy is a unique place. The atmosphere has been described as vibrant and unforgettable. It is unique because of its interior which is characterized by crazy art and colorful decor. The goal of the visuals is to resemble the music being played making everything synchronized and making the sensory experiences heightened. This also is a favorite amongst the locals and tourists alike.

The Pub is a real ‘feel at home’ kind of place. Every table has its own tap which means you can pour your own beer anytime you like! There is a live leaderboard where you can see how many beers you and your friends drank and also of other tables. There may even come to a little competition of the old who can drink more and not pass out! But, remember to drink responsibly! Here you can also enjoy a meal and this is a favorite spot amongst tourists.