Hawaii is the pinnacle for many travelers. When asked about their dream destination, more often than not people will reply with fantasies of swaying palm trees and white sand beaches, luaus and views of the deep, blue Pacific Ocean.

But when these travelers finally realize their dreams, they tend to limit their Hawaiian experience to the glittery street of Waikiki on the island of Oahu, or the sprawling resorts on the island of Maui. Many skip the Big Island, and that’s a shame.

The largest and southernmost of the seven islands that form the chain, Hawaii Island (or the Big Island as it is most commonly called) boasts a diversity that the other islands just can’t match.

If you’re planning a trip to Hawaii, choose the Big Island and try one of these very unique activities while you’re there. 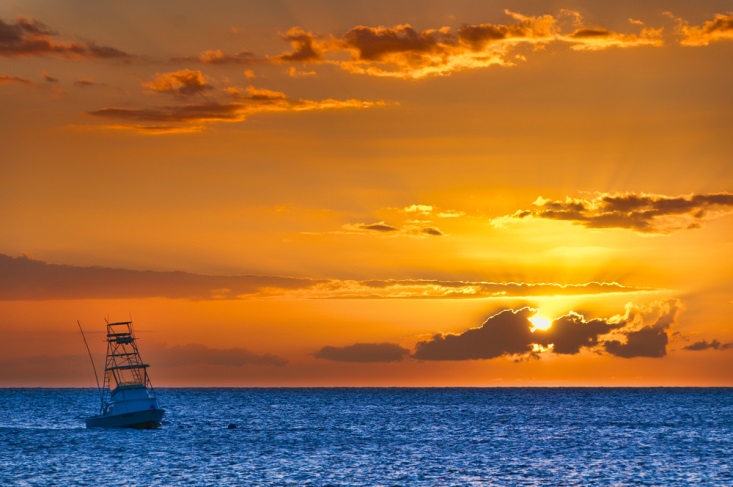 Ski on a Dormant Volcano

Snow in Hawaii? Absolutely! Almost every year at some point during the winter months, the towering dormant volcano called Mauna Loa receives a blanket of white. At over 13,000 feet in height, the snow at the summit can measure over a foot deep in places.

While there is no resort or groomed ski slope on Mauna Loa, locals and visitors alike rush to the top to take advantage, and you’ll see skiers, snowboarders, and adventurous locals on surfboards, all riding the sea of snow. Be warned, though. The altitude can have a negative effect on some people, and a 4×4 vehicle is required to reach the summit, regardless of weather.

The west side of the Big Island is generally known as the Kona coast. Pristine beaches can be found at every turn, but it’s what lies offshore that draws the big crowds.

This part of the Pacific Ocean gets very deep, very quickly just off the coast, which makes it a haven for large game fish. Marlin, sailfish, and tuna are just a few of the species that attract anglers from all over the world. Try your hand at deep sea fishing and you might just catch the big one. However, boating in Hawaii is always a thrill, whether you catch something or not. However, it can be expensive to store your boat if you don’t plan on returning soon. If you have a vacation home in Hawaii, or even if you’re just there on vacation, donating your old boat when it’s time to go home can help you save money on marina fees and help you get a tax break so you can start saving for your next trip back to Hawaii. 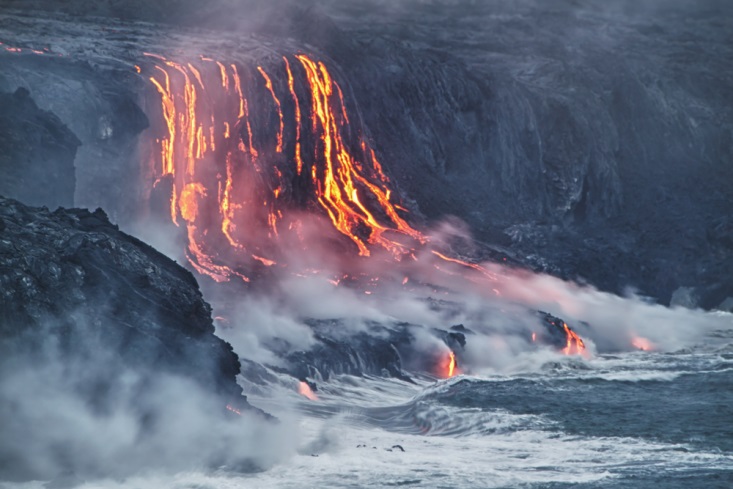 Arguably one of the biggest tourist attractions on the island, Volcanoes National Park is about 40 minutes outside of Hilo yet feels like another planet. Ancient lava fields and steam vents are everywhere, and the Kilauea caldera, just outside the visitor’s center, boasts a lake of bubbling lava.

Yes, you can see the lava. Be sure to check the park’s website for updates, as recent changes to the lava flow create an atmosphere of uncertainty at times. Therefore, portions of the park may close without warning.

Located near the southern tip of the island is Papakolea Beach. The beach is small and remote, and requires a 4×4 or an hour-long hike to reach, but the journey is well worth it. Papakolea is one of the few green sand beaches in the entire world, and it’s breathtaking.

The sand is actually small pieces of a mineral called olivine, and is the remnant of lava flows from thousands of years ago. The fine, green sand is incredibly beautiful and you may be tempted to take some with you, but don’t. Not only is the amount of sand finite, but legends say that Pele the volcano goddess doles out bad luck to anyone who takes sand from the beach.

Not many people know that the concept of the IronMan triathlon was created on Oahu, and the big race was moved to Kailua-Kona on the Big Island in 1981. Today, this race is known as the IronMan World Championship, and is held each year in October.

Even if you’re not able to participate, just watching these athletes compete in this grueling challenge is inspiring. If you’d like to attend be sure to book early. Hotel rooms are at a premium for this event.

Hawaii is a very special place, and anyone would be very fortunate to visit. If you’ve got dreams of the islands be sure to consider the Big Island when you’re planning your itinerary. With its diverse landscape and wealth of opportunities it really does embody the idea of paradise.