Surf, Sand, Sun and Fun.  Australia’s Gold Coast has it all.

It is world renowned as a summer holiday mecca, and boasts some of the most spectacular beaches, along with world-class attractions in the form of theme parks, wildlife sanctuary’s and a humming nightlife.

I had just finished school, and like most 18 year olds, didn’t know what I wanted to do with my life. All I knew was, I wanted to race. I had been a competitive Surf Lifesaver since I was 13, and had won numerous New Zealand titles, but I wanted to be the best, and to be the best you have to train with the best.

So I saved my pennies for a few months, said goodbye to my family, and hopped on a one-way flight to the Gold Coast with only one thing on my mind.

Become the fastest beach sprinter in the world.

I had made arrangements with an expat kiwi who was living and training on the Gold Coast to crash with him for a few days when I arrived before joining up with his club and moving into an athlete house owned by the club. However when I arrived and met him at the airport he had informed me that some dramas had gone down at the club and he, and the entire squad was in the process of changing clubs and we didn’t have anywhere to stay.

Luckily for me my contact was also a current New Zealand representative and was given an allowance to cover accommodation, and as I was the current junior national champion, we were lucky enough to be put up in the Sofitel, a luxury hotel in the heart of Broad Beach.  If you are planning a summer get away this year there are a wide range of amazing gold coast hotels that will make your stay truly memorable. For three days we had a 15th story two-bedroom apartment complete with a beachfront pool, gymnasium, sauna and the best view in the Gold Coast.

We met with our new club manager soon after and moved into a three bedroom house in mermaid beach. Owned by the club with a pool and three 50cc scooters available for us to get around on. That would have been awesome, if there were three of us. However the club wanted to save money so we ended up cramming 11 athletes into this place.

We were stuffed in there like tinned sardines sharing one kitchen and one bathroom. 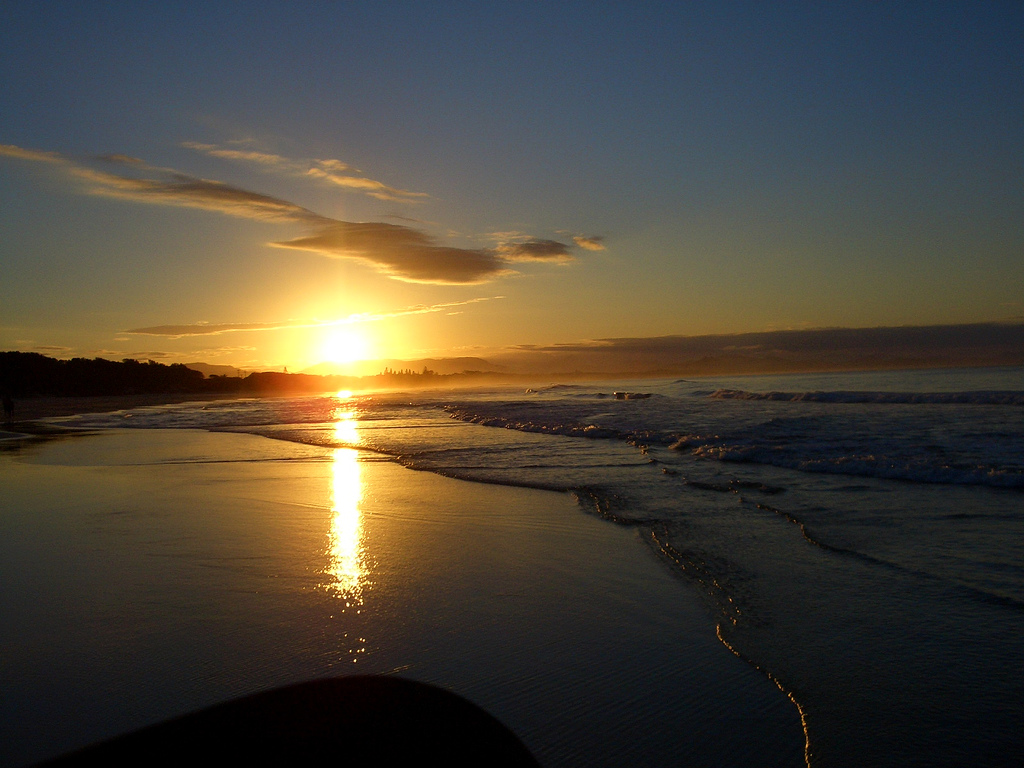 Obviously we didn’t have a room each, so the boys and I fashioned a make shift bedroom in the lounge by moving 2 wardrobes together and hanging a sheet between them. These were our walls and our door. The sun comes up before 5 in the morning and for the first week or so we didn’t have curtains so you would literally get sunburnt if you didn’t get up at 5, and I didn’t want to lie in anyway, 6 guys on mattresses on the floor in the searing gold coast heat without a fan isn’t exactly like sleeping in a rose garden.

I complain about it but looking back those 2 years were some of the best of my life. I trained full time with some of the best athletes in the world. I checked out all the theme parks multiple times. I was a lifeguard on one of the busiest beaches in Australia and was involved in a bunch of intense rescues. We had some epic day trips, to Byron Bay (Australia’s hippie central) where I danced on tables and had a beer with dreadlocked bongo player with python around his neck, and to the sunshine coast, where I caught the best wave of my life. Along with the experiences I made some lifelong friends who I am still close with today.

There is so much to do in the Goldy, but if you are planning a trip, I would advise looking into some of the wicked hotel accommodation, alternatively message me and I might be able to hook you up with a mattress on the floor in mermaid beach.

I would go for the first option if I were you.