San Francisco is an iconic northern California city that is surrounded by water on three sides.  With so much shoreline, it would make sense that exploring the “City by the Bay’s” waterfront would be at the top of your list.  Here are several must-see spots and attractions along San Francisco’s waterfront that you’ll want to check out on your next visit.

AT&T Park and the Giants Promenade

The world champion Giants now play at the scenic waterfront AT&T Park in the South Beach area, where games are often sell-outs.  Whether you get game tickets or not, this is an excellent spot to visit during game days.  The Giants Promenade is a walking area along McCovey Cove and the San Francisco Bay. If you get there early enough, you can see several innings of a game for free from one of its alcoves. 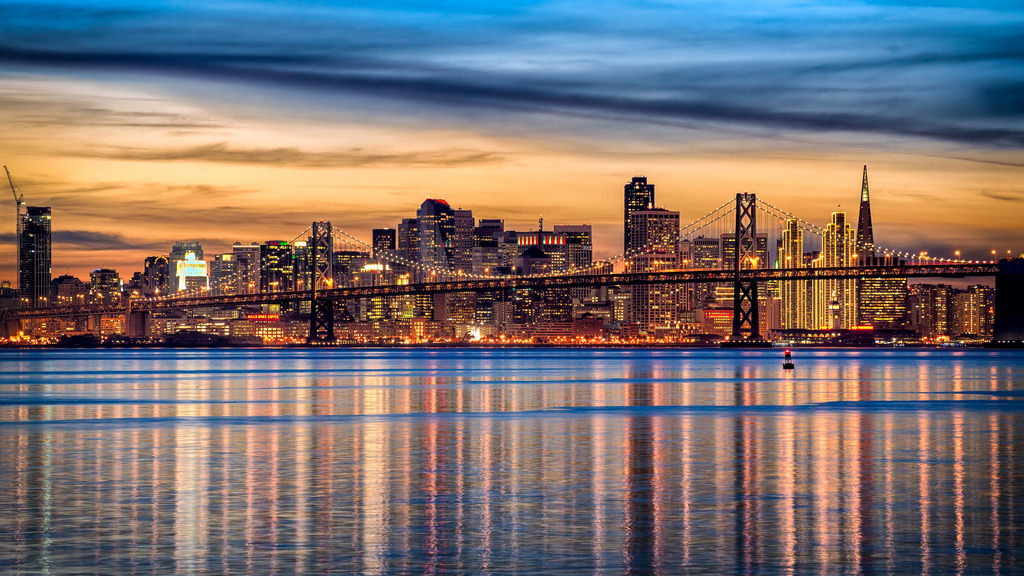 The stretch of San Francisco’s eastern waterfront is called The Embarcadero, and one of its top attractions is the reconstructed Ferry Building.  Once just an empty terminal, the Ferry Building is now a place to sample some of the world’s top wines, cheeses, and chocolates. There is also a popular Farmer’s Market here that runs three days a week – Tuesday, Thursday, and Saturday.

Pier 39 is located at the northern end of The Embarcadero.  This shopping and dining mecca holds the title of the third most visited tourist attraction in the U.S.  Shops and dining aside, the real draw here is the hundreds of sea lions that have made this particular spot home for several decades.  Tourists flock to the pier to watch the sea lions soak up the sun and take pictures of Alcatraz Island and the Golden Gate Bridge in the distance.

Just a few steps from Pier 39 in the Fisherman’s Wharf district is the waterfront restaurant and museum that represents all things uniquely San Francisco.  Bistro Boudin’s flagship restaurant location on San Francisco’s waterfront offers diners some of the best views of the bay while dining on delectable local cuisine.  The museum gives visitors a San Francisco history lesson and details Boudin’s lengthy history as one of the original San Francisco businesses, dating back to 1849.

Located at Pier 15, the Exploratorium is a science-oriented encounter for adults and children alike. The museum has an acre of space, with some outdoor exhibits that are free.  There are also special events and exhibits inside the museum for all ages.  The Exploratorium is also open on Thursday evenings for adults-only exploration with bars serving beer and cocktails.

While you may not think that San Francisco has beaches, there are several to choose from.  Baker Beach is one of the more popular and has the best views of the Golden Gate Bridge.  While swimming isn’t safe here, you can sometimes spot sea lions and seals frolicking in the water.  Also, check out China Beach (East Beach), which has some shallow waters for young children and even lifeguards during the summer months.  Other beaches to put on your list include Land’s End Beach and Ocean Beach.