The art market has traditionally been concentrated in wealthy cities such as New York, Florence and Paris. Artists, curators and critics have flocked to these creative capitals to cater to the tastes of the affluent and influential.
In recent decades often overlooked regions have developed burgeoning art scenes of their own. These emerging cities offer alternative narratives to the major players. As social integration becomes more widespread through globalisation, interest in different cultures is growing.

Here are five future art hubs to keep an eye on or even visit: 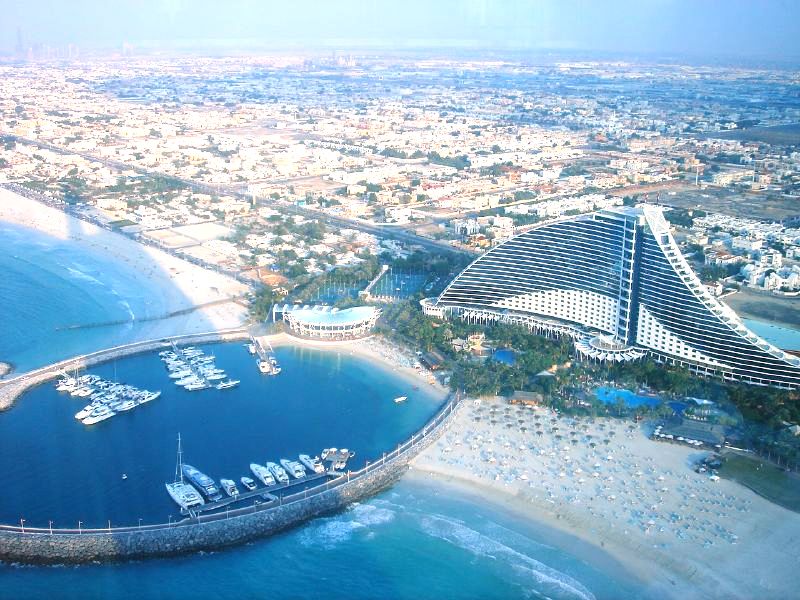 In the space of fifty years Dubai has transformed from a tiny fishing village into an ultramodern metropolis that is the playground of the rich and famous. Its art scene is also enjoying a meteoric rise.

Art is fast becoming a focal point of life in Dubai. Critic Jonathan Jones has described the city’s flourishing art scene as one of the most radical and interesting in the world. Its evolution has been heavily influenced by the Dubai Culture & Arts Authority, a state institution committed to establishing the city as a vibrant centre that shapes culture and arts around the world.

As well as encouraging local artists to showcase their talents, Dubai is welcoming a string of talent from other locations. Spanish street artist Ruben Sanchez moved to Dubai two years ago and was recently commissioned to work on a wall of the Jumeirah Lake Towers. Indian born multimedia artist Owais Husain and Scottish designer Maddy Butcher have both been lured by the potential exposure in Dubai.

For decades, Colombia’s capital was a no-go area torn apart by kidnappings, conflict and violent drug cartels. The South American country fell under the radar of the global art market, instead enduring years of negative headlines and maintaining a stigma of crime and danger.

Colombia is currently undergoing a complete transformation from uncontrollable danger zone to trendy must-see holiday destination. Social, legal and legislative reforms have stabilised the country making it safe for a new generation of culturally curious tourists.

Bogotá is enjoying an artistic renaissance with a particularly thriving street art scene.Relaxed laws regarding graffiti have led to the Andean city becoming a creative hub where home-grown and world renowned artists congregate to practice their art.

Many of the new wave of Colombian artists grew up during the period of unrest and this is reflected in their art. Many artists see this as a chance to create powerful social commentary and use their vibrant designs to bring colour to a city haunted by its violent past. 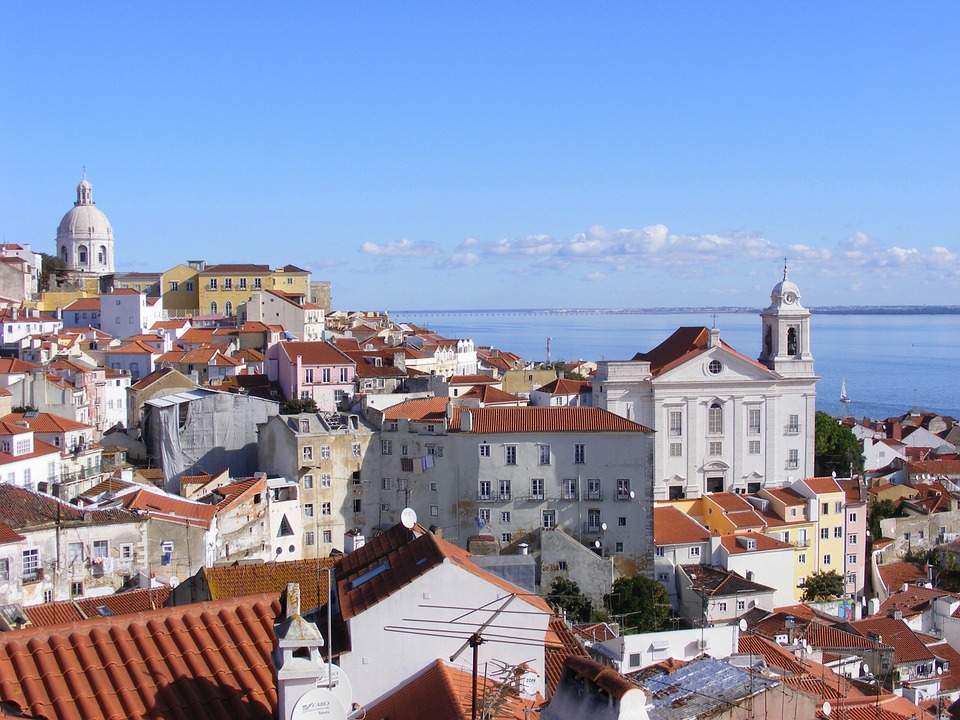 The eurozone financial crisis hit Portugal hard with its youngest citizens particularly affected. At one stage the unemployment rate for people aged 25 to 34 was almost 30%. To meet the terms of a multi-billion international bailout, the Portuguese government dissolved the culture ministry. This has only spurred on the Portuguese youth who are turning their frustrations into a flourishing D.I.Y art scene.

Lisbon-based street artist Alexandre Farto, who goes by the tag name Vhils, is renowned for carving intricate murals into the walls of decaying buildings. One of his most famous works is the Crono Project, a series of four paintings that adorn buildings left abandoned after construction funds ran out.

Many artists from the Portuguese capital are being recognised by galleries in the UK. The work of hyperrealist Gustavo Fernandes was recently featured in Plus One Gallery’s Splash exhibition and Natália Gromicho’s expressionist paintings were exhibited at Hay Hill Gallery.

Beirut is no stranger to creativity. The Lebanese capital has a well-established art scene that is one of the most complex and ambivalent in the world. It remains the only city in the Arab world where artists can freely tackle taboo issues such as drug abuse, homosexuality and prostitution.

Beirut was once symbolic of civil war and terrorism. Even now, unrest and political instability in neighbouring countries threaten to embroil Lebanon in conflict. Furthermore, the arrival of an estimated 1.5 million refugees from war torn Syria has strained the infrastructure of a country of 4 million.

Despite these challenges, Beirut’s creativity continues to thrive. The reopening of the Sursock Museum after a seven-year renovation period has galvanised contemporary Lebanese artists. The Arab state’s cultural resurgence shows no sign of slowing with several more galleries, including the Beirut Contemporary, scheduled to open within the next five years. 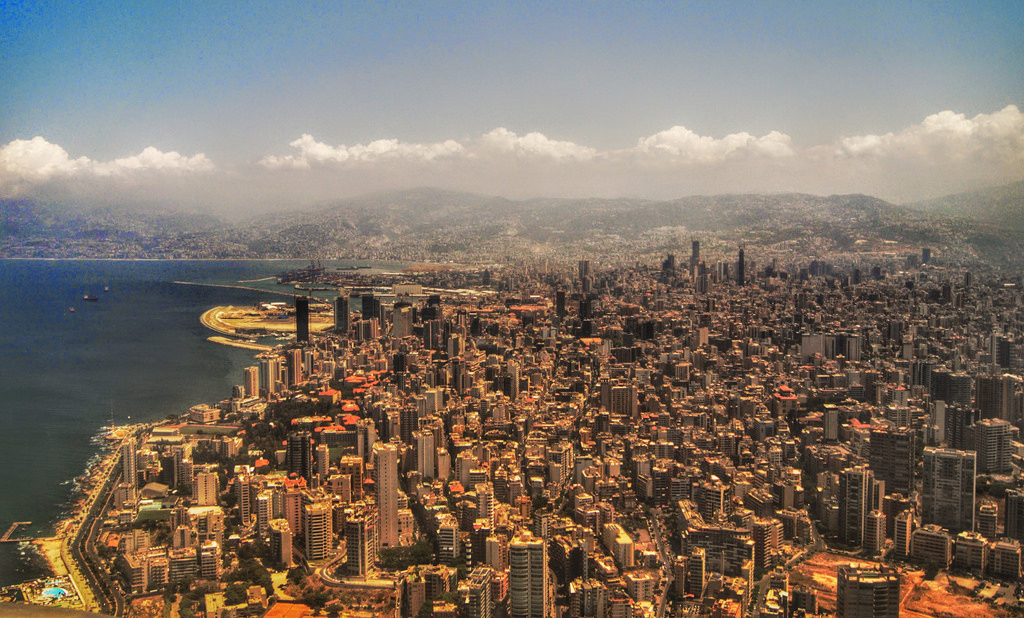 Nigeria is another region blighted by conflict. Corruption is rife, unrest continues in the oil-producing Delta region and the Boko Haram extremist continues its violent insurgency across the country. Amid the tumult, the bustling city of Lagos boasts the largest art scene in Western Africa, bolstered by an emerging spectrum of artists, institutions and wealthy collectors.

With 250 ethnic groups and a population of around 150 million, Nigeria has many sources of inspiration. Many of Nigeria’s top artists are influenced by sacred traditions, such as the Yoruba ethnic group predominant in Lagos and the Igbo group of south-eastern Nigeria.

African art is attracting the attention of investors worldwide and has seen its value skyrocket. Sotheby’s, whose auctions combine African and Oceanic art, took in $84 million last year, a huge sum when compared to the $4 million it took only a decade ago.