Back in the day, stag dos were little more than one last wild night out at your local before becoming a married man. Now, they’re so much more than that. Not only is a stag do a fitting send-off to single life, but also a brief respite from the stress of planning the wedding, and the chance to make long-lasting memories with the boys before the big day. The symbolism of the occasion is why stag dos now typically take place over a whole weekend rather than one solitary night, which also means that an increasing number of groups are now hopping on a plane and celebrate abroad.

When it comes to planning your stag do, it’s probably tempting to follow the trend and select a far-flung destination to party in. However, what’s right for these grooms isn’t necessarily what’s best for you, and there are plenty of benefits to sticking with tradition and staying at home. Here are the three main things you need to consider before making your decision.

Celebrating your stag do abroad can be very expensive—in fact, on average it costs almost £1,000. Flights and accommodation set each person back over £260, while everyone spends roughly £220 on food and drink alone. If you’re staying in your hometown, you won’t need to pay for transport or lodgings, and you’ll be less likely to drink and dine quite so extravagantly in more familiar surroundings. On the other hand, if you’re planning on travelling somewhere else in the UK, the bill might be just as high.

However, that doesn’t necessarily mean a party in the UK will be any cheaper. Flights abroad with budget airlines can be incredibly budget-friendly if you’re clever about when you book. For example, when easyJet’s summer 2020 sale went live in September 2019, it was possible to fly one-way to Corfu and Faro for just £22.99, and Amsterdam for just ten pounds more—better prices than some UK train fares! Transport aside, the cost of accommodation, food and drink may also be significantly cheaper in other countries. Eastern European destinations like Sofia, Krakow and Bucharest are popular stag do locations as they don’t use the Euro as currency, meaning costs tend to be much lower than in UK cities like London and Manchester. 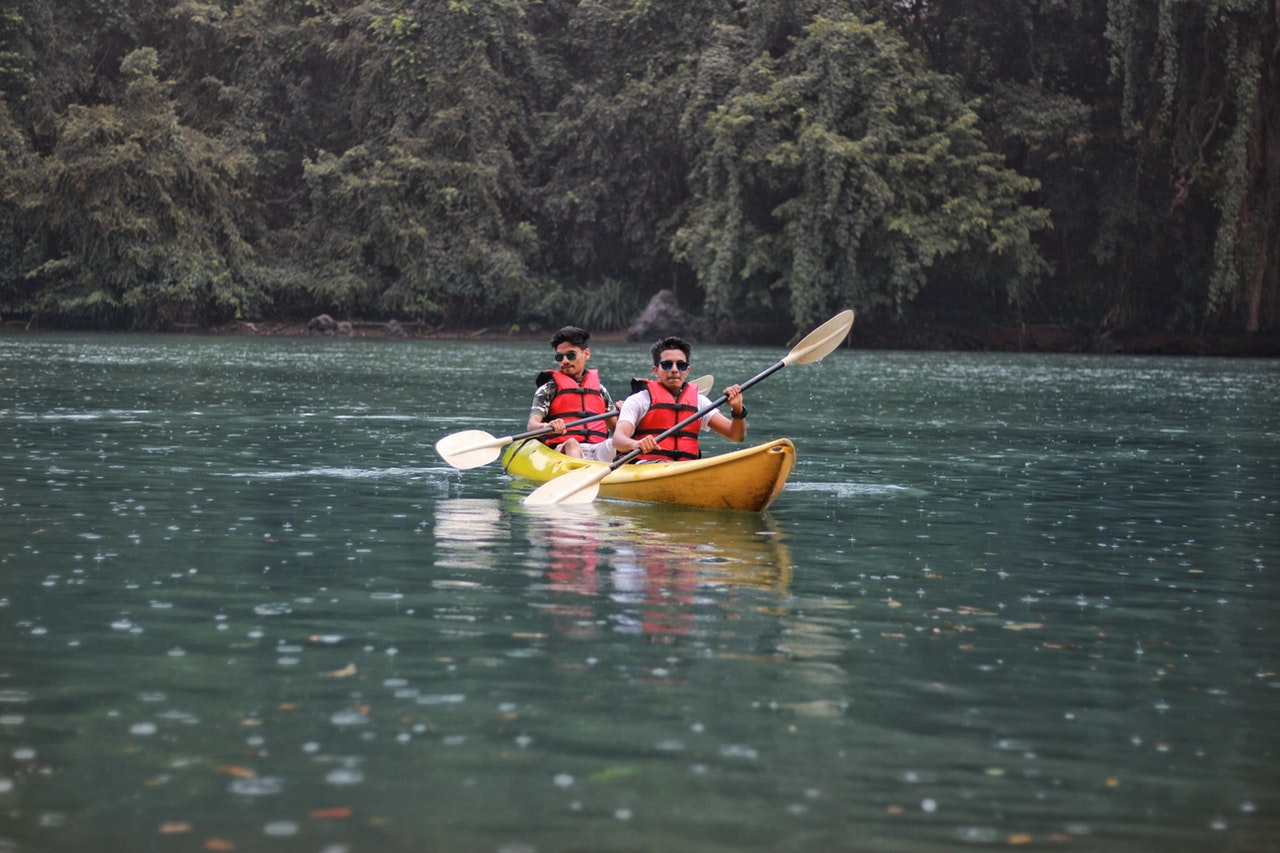 You’ll probably be able to participate in classic stag do activities like paintballing, go karting and strip shows wherever you are in the world. But remember, venturing abroad lets you experience the unique culture of a new place, which may provide unique opportunities for activities.

For example, stag do organisers Maximise note that Budapest is an increasingly popular destination due to the city’s pair of distinct districts—Buda and Pest—which offer two different experiences and “enough activities to keep even the fussiest groom happy”. After all, there are few other places where you could follow a massage at a thermal bath with a trip down a river on a beer boat. And, of course, the weather is another factor to consider. If you’re keen for a beachside stag do full of water sports, sunny European spots are much more reliable than the unpredictable conditions of the UK.

That being said, you might not want a stag weekend that’s completely jam-packed with activities. It can be just as fun keeping your schedule open, and simply taking each day as it comes, which is far easier to do on home soil. Familiarity also means there’ll be no uncertainty when deciding where to eat and drink. This gives you a lot less to think about and means there’ll be no surprises—aside from the stag do pranks that will inevitably be pulled!

The first thing to consider is how many people you’re inviting. If it’s a relatively small group—say less than ten—it won’t be so difficult to organise a celebration overseas. Any more than that, and it starts to get more complicated. There’s no guarantee that large parties will be able to board the same flight or stay in the same hotels, so you could get overwhelmed with multiple bookings and reservations. The familiarity of the UK could be better for larger groups, as there’ll be no shame in asking attendees to arrange their own transport and accommodation if need be.

Home stag dos are also a better choice for sizeable groups who don’t know each other very well. When you’re abroad, you’ll typically have to stay together most of the time, which could be a bit too much to ask from people who have only just met. On the other hand, if it’s just you and your closest friends, a stag do abroad could be the lads holiday of a lifetime.

Another advantage of home stag dos is how easily they can be divided by what you do during the day, and what you get up to at night. This means you could split the guest list in half, inviting any older attendees, or those less interested in getting blind drunk, to a more civilised and relaxed selection of daytime events, before welcoming the lads from the office for a mad night out on the town!

It’s vital to remember that your stag do is not just about the place, but the people. Think carefully about who’s on your guest list, as certain groups will be better suited to UK-based events, while others will prefer international celebrations.