Lushly forested, with an impressive mountain range that reaches nearly 5,000 feet, it’s rather fitting that the official motto of Dominica, “Après Bondie C’est La Ter”, translates to ‘After God, the Earth’. It couldn’t be more true: the local communities of the Caribbean island are serious about preserving their natural environment.

Ecotourism is hugely important to Dominica. Already the island is enriched with volcanic mountains, steaming lakes and cascading waterfalls, and these precious natural assets are protected by three national parks and extensive conservation areas as part of an effort to enhance and preserve this environment.

Globally, ecotourism is growing faster than any other tourism sector, and Dominica welcomes holiday goers to take part in the island’s conservation and community projects.

Ecotourism in Dominica is incredibly popular

Dominica is leading the way with green energy and marine conservation, and in 2016 was named the World’s Best Ethical Destination for the fifth year running. As well as projects to improve healthcare and education, the island has been recognised for its continual efforts to preserve its wildlife and natural environment, particularly it’s marine life.

Dominica’s efforts to protect sea turtles is an example of its excellent ecotourism initiatives. Every year the island welcomes visitors who come to the island to experience hatching season, support for which is provided by the Dominica Sea Turtle Conservation Organisation (DomSeTCO).

Other popular holiday packages enable visitors to participate in conservation activities across the island. These run alongside projects like Jungle Bay’s community support initiative, an eco-lodge complex and community helping to aid the recovery from 2015’s tropical storm Erika.

Elsewhere, projects are being supported by income from Dominica’s Citizenship by Investment programme that invites high net worth individuals to invest in the island’s sustainable future. 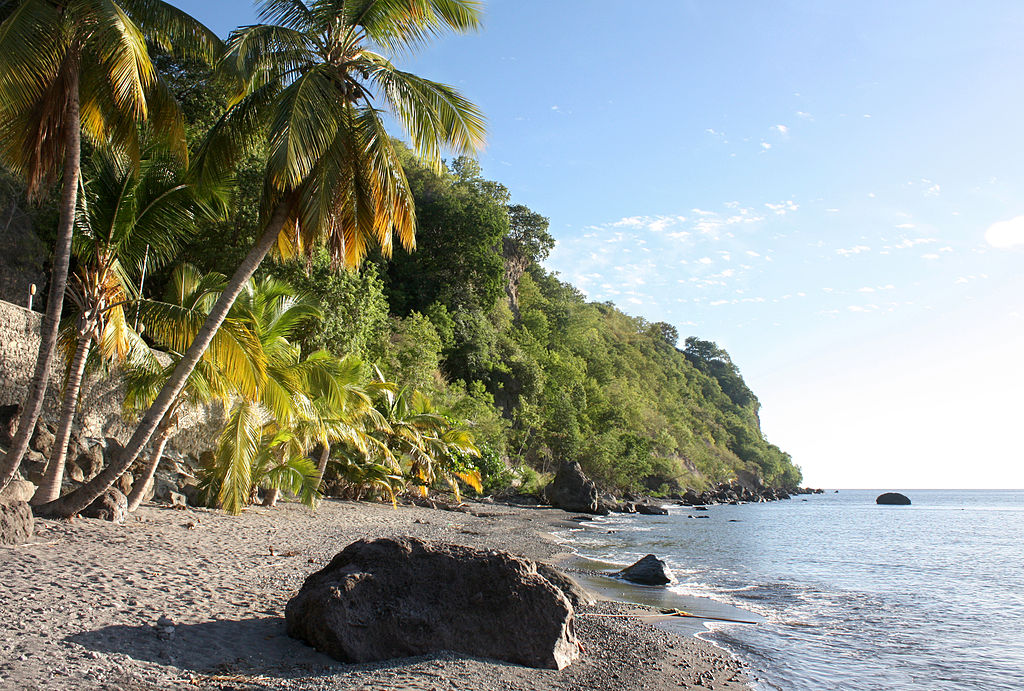 As well as the sea turtle population, much larger creatures can also be found in Dominica, recognised as the whale-watching capital of the Caribbean.

Humpback whales can be spotted January to April as they visit Dominica’s deep waters close to shore to mate and give birth, but it’s Dominica’s resident population of sperm whales for which it is best known. There’s a dedicated Sperm Whale Conservation Project preserving the populations of these impressive creatures.

Whale watching and scuba diving are therefore popular marine activities in Dominica, with dramatic underwater hot springs creating a wealth of interesting dive sites. The effervescent waters at Champagne Reef are a top-attraction for snorkelers and divers.

On land, as many as 180 parrot species can be spotted in Dominica, including 64 year-round resident species. While some of the regional species can be seen on neighbouring islands such as Guadeloupe, the quality and accessibility of Dominica’s forests makes it easier to spot these fantastic creatures than anywhere else.

Islanders are particularly taken with their two endemic parrot species: the red-necked Amazon parrot, of which there are around 3,500, and the critically endangered Imperial or Sisserou parrot, of which perhaps only 250 remain.

More than 300 miles of hiking trails traverse the island, including the 115-mile-long Waitukubuli National Trail, through rainforests and gorges, rivers and waterfalls. In the island’s indigenous Kalinago language, it is affectionately referred to as ‘Waitukabuli’, meaning ‘tall is her body’.

With swathes of rainforest, waterfalls and a newly created trail crossing the island in 14 graded sections, Dominica is one of the Caribbean’s top hiking destinations. The famous  Boiling Lake trail is tucked away in the UNESCO World Heritage Site, Morne Trois Pitons National Park.

It can be a challenging hike in and out, but worth the effort for a sampling of Dominica’s impressive flora. There are over a thousand species of flamboyant flowering plants, including 74 species of orchid and 200 ferns. Rainforest preservation and the One Million Hour Tree planting project are preserving this incredible indigenous landscape for future generations.

There’s much more to Dominica than sun-soaked beaches and rum punch: discover Dominica, the Nature Island of the Caribbean.