There may be no better way to get to know the traditions and history of a certain part of the world than by sampling its distinctive dishes and flavors. Discovering cities like New York, Rome or Paris by food tours is a great way to learn about their history, culture and traditions whilst trying out the best food in town.

Luckily for avid travelers, excellent cuisine is available the world over; and it’s not just savory dishes that lend each country’s gastronomy its unique flavor, but also delicious and iconic desserts.

Admit it: life is a little less fun if we can’t treat ourselves to a nice dessert every once in a while. Even if we are trying to eat healthier, sometimes it is just impossible to say no to a moist, mouth-watering chocolate cake, or the satisfying crunch of some good old churros covered in sugar and cinnamon. Desserts are irresistible more often than not, especially for those of us with a sweet tooth.

In this article, we have compiled some of the most popular desserts in the world. What better excuse to start saving so you can travel to each of their countries of origin, and try the real thing? 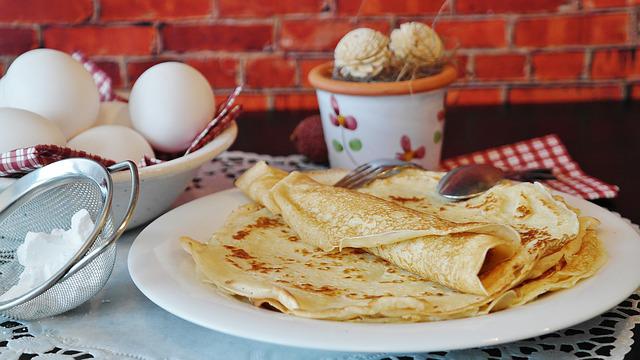 There may be nothing more satisfying than taking a spoon and breaking through the incredibly inviting layer of caramelized sugar which characterizes one of the most delicious – and certainly most popular – desserts in the world: crème brûlée. The appeal of this sweet treat lies in the blend of crunch from the caramel layer, together with the smooth, creamy vanilla base.

Crème brûlée is typically prepared using only whipped cream or chantilly, although the original French recipe includes egg yolks and vanilla, cooked slowly over a bain-marie.

Every part of the world has its own take on this decadent dessert, which may be referred to as burnt cream, Trinity cream or crema Catalana depending on the region.

This dessert’s layers of creamy mascarpone cheese, layered between sponge fingers soaked in coffee and topped with just a little cocoa, make it a definite favorite in Italy and around the world.

The best thing about tiramisu is that it is not excessively sweet: the somewhat sour flavor of the cheese blends perfectly with a little sugar, nimbly combining different flavors which come together in a perfect balance that’s sure to delight your taste buds. Pair with an excellent espresso for the full Italian experience.

A Turkish delight in every sense, this dessert is beloved throughout the Middle East, with its layers of phyllo dough heightened by the inclusion of butter, honey, rose water, and dried fruits.

These iconic sweets are traditionally cut into small diamond shapes and act as a perfect counterpart to Turkish tea or coffee.

With its simple ingredients and thousands of variations and adaptations, baklava is surely one of the desserts which are most indulged around the world today.

Of all the desserts on this list, French macarons can probably lay claim to a richer history than any other. Their origin is linked with Catherine de Medici, an Italian noblewoman who married Henry II of France during the Renaissance era.

Although the recipe has evolved over time, the same meringue made of the almond meal has provided the basis for all subsequent variations.

Demanding the skillset of a dedicated pastry chef, macaron dough is prepared with the utmost care and left to dry in order to take on its characteristic form before being filled with flavors, compotes, or chocolate creams, depending on the recipe.

Churros are a traditional dessert originating from the south of Spain, which arrived in Mexico during the conquest.

They became famous during the first half of the twentieth century when an immigrant known as “El Moro” began selling them from a little cart.

The enticing dessert is typically made from deep-fried wheat flour dough (for extra crunch), and covered with sugar, cinnamon and occasionally dulce de leche or condensed milk… maybe even a little dipping chocolate on the side. What more could we ask for?

This veritable chocolate bomb – or should we say chocolate volcano? – will surely make chocolate lovers around the world lose their minds.

This diminutive, extremely moist cake starts overflowing with chocolate as soon as you introduce your spoon, and is best enjoyed with a scoop of vanilla ice cream. While some claim this dessert was invented in the United States, the evidence seems to suggest it in fact originated in France.

For the full coulant effect, the cake should be half cooked, at a precise temperature which prevents it from appearing undercooked or too floury. It’s no use making any old cake with some chocolate ganache inside – I assure you, the results won’t be the same. As with any culinary masterpiece, cheating is not allowed.

These curious little treats come from Japan and are made from the country’s favorite and most emblematic ingredient: rice.

Mochis are little squishy balls made of rice paste, with all sorts of fillings including fruit, cream, ice cream, chocolate… and sometimes, all of the above!

The dessert has a chewy consistency, which may put off first-timers. But as soon as you start eating mochis, they become extremely addictive in very little time.

We could spend the day talking about sweet treats, but by now you are probably anxious to try all of the items on this list as soon as possible, so we won’t keep you any further. With any luck, you’ll experience a delicious new dessert for the first time, and even recreate some of them at home!