Myanmar is what Thailand was like 15 years ago. It’s a country that is prime for travel and if you miss it now you’re going to regret it for the rest of your life. There are hundreds of amazing things to see in Myanmar so doing a ‘top 5 things’ article is a little harsh… but even with that said, here are five things that you definitely shouldn’t miss on any trip to Myanmar!

Before you go, check out Holiday Extras and their flight information page – I found it a god send as I’m forever forgetting my flight time, terminal the lot! They’ve also got a handy holiday planner where you can book those little extras like an aiport lounge, and a very useful packing check list. 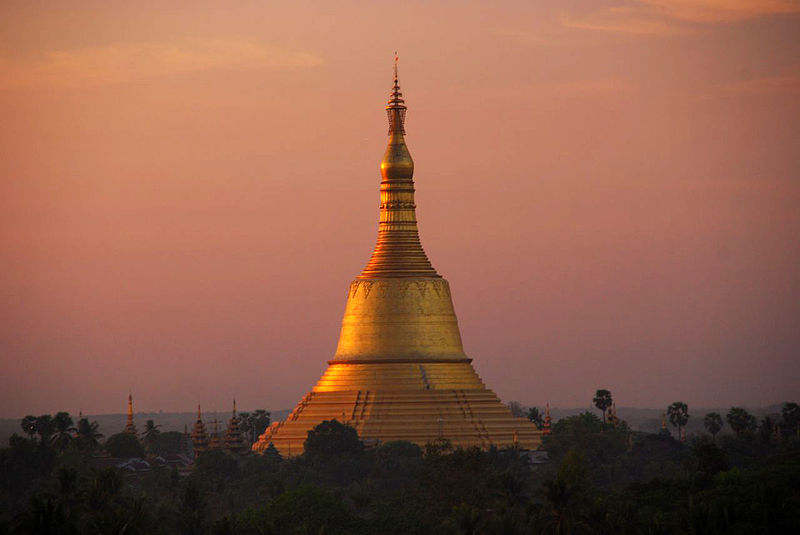 Inside the Lumpi Marine Park is probably one of the most breath-taking yet frightening locations in the whole country – the Shark Cave! It’s named Shark Cave due to its crevices being inhabited by nurse and bull sharks! In actuality, the cave is made up of three islets, each about 20 meters long. The floors are covered with sponges, while the roof is full of marigold corals. It’s honestly a sight to behold!

Say hello to the python of Bago monastery

Admittedly, there’s something both intriguing and yet absolutely terrifying about a 120 year-old python that’s over 6 meters long. But in Bago monastery, just 50 kilometers outside the city of Yangon, such a python exsists! This python is revered and treated with awe by monks and pilgrims alike. At the Bago monastery it’s a common belief that this python, which is as thick as a man’s thigh, is a reincarnation of an ancient abbot.

Once there you’ll have the option of either getting close enough to touch the snake or staying a safe distance and just watching it being fed. Either way, just seeing this gigantic python is an experience in itself. Here’s an article that’s got more info regarding Bago and the python: http://twotravelaholics.com/2013/05/17/reclining-buddhas-and-burmese-pythons-in-bago/

Watch a Lethwei match in Yangon

On many accounts, traditional Burmese boxing – AKA Lethwei – shares lots of similarities with its close cousin, Thailand’s Muay Thai. One massive difference however, is that Lethwei is more exciting and definitely more brutal!

The reason Lethwei matches are so brutal is because combatants don’t wear protection of any sorts – the closest thing they’ve got to ‘protection’ is some gauze wrapped around their fists. They’re also allowed to use all their limbs in the fight – which includes elbows, knees, and even their heads!

There aren’t really any permanent places or dates where you can watch a Lethwei match, as most take place during festivals. They do, however, generally occur around the city of Yangon. So once you get there if you ask a local about it and I’m sure they’ll help you out.

Rafting down the Maykha River

Despite the fact that not many rafters (professional or otherwise) have been on it, the Maykha River is getting rave reviews for rafting! Classified as a Type V-VI, the white waters of Maykha are incredibly fast and turbulent, perfect for anyone seeking a thrilling ride in some proper wild waters! And more than that the views from the river are just extraordinary!

Myanmar is just starting to open its doors to tourists, so you can expect everything you see will be in an almost pristine condition. So why not go right this second! It’s going to be an adventure you never forget!