If you’re something of a cuisine connoisseur, you’re probably well aware of London’s reputation as a foodie’s paradise; home to Michelin-starred restaurants and celebrity chefs, the city is a goldmine of culinary gems – not least Roux at The Landau at the Langham Hotel.

The exclusive eatery on Regent Street is located within the luxurious Langham Hotel and presided over by renowned father-and-son duo Albert and Michael Roux – of Le Gavroche fame – both of whom have been awarded Michelin stars for their creative culinary expertise.

Together, the pair has whipped up all manner of mouth-watering meals that have met with favour among the most imposing of customers, including Queen Elizabeth II, so you can expect the finest of fare when you pay a visit to Roux at The Landau. 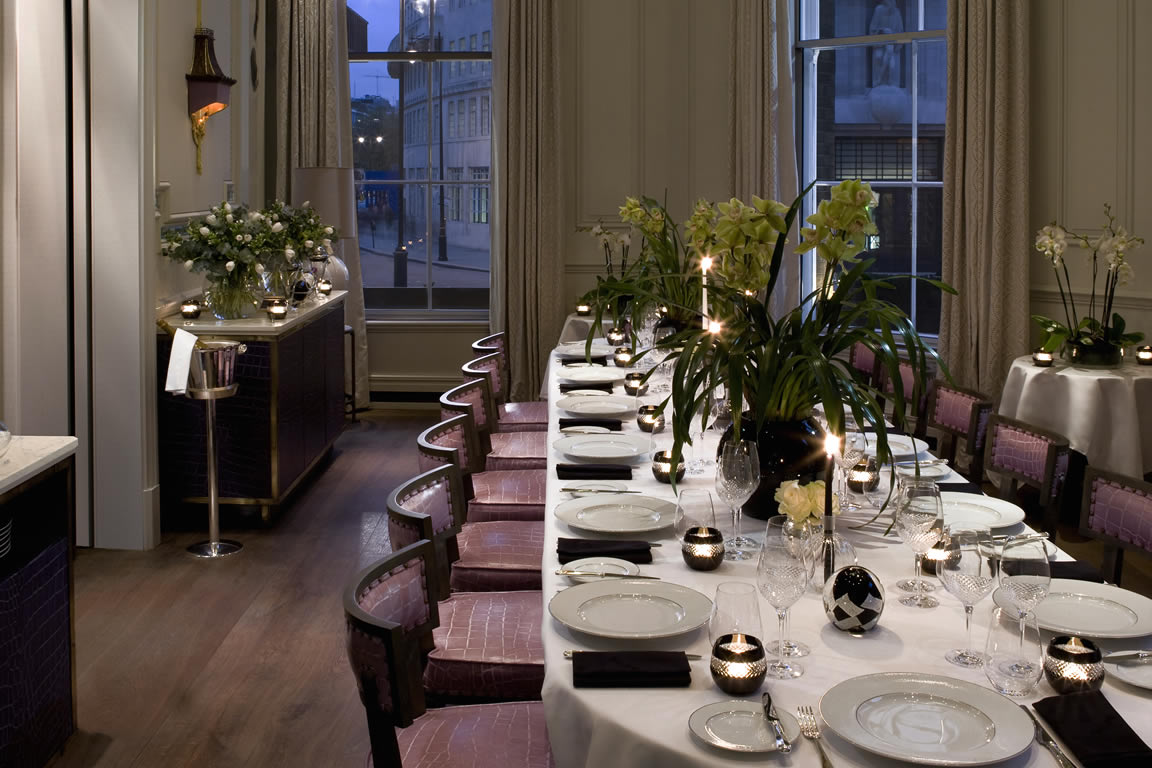 Photo Credit: “Roux at the Landau” by rouxatthelandau.com

But what makes the famous Michael Roux restaurant stand head and shoulders above the rest? Keep reading for a guide to Roux at The Landau’s most impressive characteristics.

Undeniably, the beautiful and historical setting of Roux at The Landau plays a part in the first-class dining experience. The hotel dates back to the 1860s, boasting awe-inspiringly high ceilings and elegant period features that set an upmarket ambience for fine dining.

The soft curve of the room, wooden features and detailed ceiling create a relaxed atmosphere, while the crisp whites of the linen, elegantly-laid tables with fresh flower centrepieces and individual lighting shows meticulous attention to detail. There’s also a practical element in that the restaurant has its own side entrance, which is useful if you’re visiting the eatery and not also staying over at the hotel.

Albert and Michael Roux have installed their protégé Chris King as chef de cuisine at Roux at The Landau, after five years working at the pair’s famous Le Gavroche eatery, where he completed his apprenticeship. Following a visit to New York, where he cooked at Thomas Keller’s Per Se, Mr King returned to London to begin work at Roux at The Landau, cooking up French and British classics blended with modern elements.

Photo Credit: “Roux at the Landau” by designrestaurants.com

Heading up the management side of operations is the charming Franco Becci, who looks after the front of house, greeting customers with enthusiasm and ensuring their visit is memorable and enjoyable. Mr Becci is an industry veteran and has worked at Roux at The Landau since it opened in 2010.

Both the setting and the team at Roux at The Landau combine to create an upmarket ambience that leaves visitors wondering what will come next, and the cuisine on offer is both beautiful to look at and equally delightful to taste. Meals are prepared with true flair, and flavours are partnered to create memorable taste sensations; Boudin blanc is offset by a truffled Madeira sauce and cauliflower puree, while a saddle of venison is served with spiced pumpkin, trevise, walnuts and chanterelle mushrooms.

Photo Credit: “Roux at the Landau” by tripadvisor.com

The desserts are equally appealing, with the homemade ice creams and sorbets regularly winning favourable votes in the press, and the wine list is put together with care and includes a selection of wines handpicked by Silvano Giraldin – the legendary former general manager of Le Gavroche.

Reflecting the Roux tradition, many dishes utilise French ingredients as their base, but there are also English classics to be found on the menu at The Landau. Dover sole, Cotswold white chicken and butter-roast Appledore turkey are just a selection of the meals with an English twist on the restaurant’s menu.